Haydn's keyboard oeuvre consists of more than 60 sonatas and about 10 keyboard pieces as well as more than 40 trios and divertimenti with solo keyboard, plus half-dozen concertos for harpsichord, piano and organ. It is possible to follow the extraordinarily fast development of the Viennese keyboard music after 1750 in those works and their musical language, just as one can easily reconstruct the progressive substitution of the harpsichord and clavichord with the pianoforte. The piano sonatas are particularly characteristic witnesses of these changes.

When Christa Landon first published her edition of the complete Haydn piano sonatas in 1966, Haydn’s sonata oeuvre still stood completely in the shadow of those of Mozart and Beethoven. In the meantime, Haydn’s sonatas have long since emerged from the domain of piano lessons only and found their way into concert halls once more – a development to which Landon’s edition contributed considerably.

The Haydn anniversary in 2009 presented a welcome occasion to issue a careful revision of the edition, since a number of new sources has emerged in the course of the last forty years. Furthermore, questions of authenticity need to be reconsidered and, last but not least, principles for editing music from the 18th century have undergone some important changes. The new edition is published in four volumes, the content of each volume being compatible with the volumes of the previous edition. Additionally volume 1 contains the Sonata Hob. XVI:16 as well as a Sonata in F major newly rediscovered in Bolzano. In the Notes on Interpretation, Robert D. Levin explains important aspects of Haydn's performance practice. 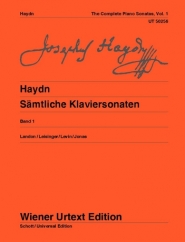 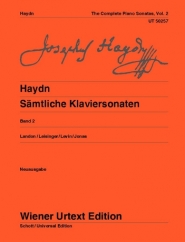 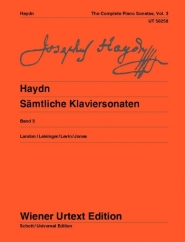 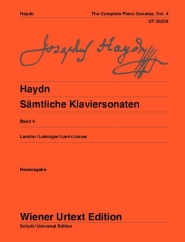 „These are faultless, exquisite, essential Urtext books. (...) The updated introductions and a fabulous essay on correct interpretation by renowned Haydn expert Robert D. Levin are enough incentive to buy these volumes to replace your old ones. The music looks perfect on the page, uncluttered, clean.“